Why Horses Scare Me: Redux

My mom is here visiting this week and I don’t have a lot of time to write, so I am trotting out a super old post about my fear of horses that I wrote a couple years ago. I only mention this because I reference pregnancy and not being a parent in the post, and ZOMG I AM NOT PREGNANT. If I were, this post on fear would be on an entirely different subject.

On our first date, B decided the best way to romance me would be to take me out for Mexican food and to rent The Ring, which I mentioned in idle pre-date conversation that had never seen. Mexican food was a win (obvs), but our screening of the movie was not such a hit since it’s pretty much the most horrifying movie ever.

Clearly I eventually got over his gaff, as I’m sitting here eight years later with his baby happily pummeling my uterus, but I still dwell on it. It was that horrible horse scene that stays with me. Little did B know that horses are to me what clowns, black-eyed dolls, and drowning are to the general population. They scare the bejesus out of me and I would prefer sticking my hand in a terrarium full of spiders than interacting with them.

So that image of the horse in The Ring jumping off the boat and drowning? Beyond horrifying to me. Jaws, eat your heart out.

My base fear of the horse archetype is irrational on its own, but the groundwork was laid early on. The first movie my mom ever took me to see in the theater was My Little Pony: The Movie. A quick IMDB search yielded the information that this cinematic classic was released in 1986 and featured the vocal talents of Danny DeVito, Cloris Leachman, Rhea Perlman, and Tony Randall. It chronicled how Ponyland or wherever the Ponies lived was taken over by a witch-brewed tidal wave of Purple Smooze (NO, Google image search, I did not mean “Purple Schmooze”). If the Smooze touched you, you became grouchy all the time. It’s basically the g-rated version of Ghostbusters II. It horrified me so much that I ranted and wailed and had to be removed from the theater. So much to look forward to when I become a parent myself.

THIS is what you get when you Google “Purple Smooze.” The horror of ponies and little girls everywhere. 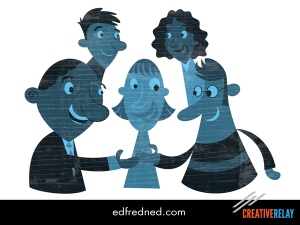 And THIS is what you get when you search for “Purple Schmooze.” Not so scary unless you have fears of blue cartoon men cupping your boobs.

There was a lull in my horse life for a few years after that. My best friend Kendra had horses at her house, but luckily she also had a Super Nintendo that I insisted we utilize in our play in place of the horses. Being a good friend, I think she comprehended my fear of her horses and never insisted on doting on them when I was around.

But with adolescence comes the trying of all fears. At thirteen, I was obligated to participate in all youth group activities at my church. Any reluctance I had towards attending the Tuesday night meetings were dashed away with my parents’ promise that if the group of young Presbyterians took weekend trips, I could go. And who wouldn’t want that? There was one young studmuffin in the group who was on the swim team, and any opportunity to play Uno into the night with him (and twenty other kids) would be heartily embraced.

So off I went one fine early-December afternoon with the youth group to Chickasaw State Park to pray and – gasp! – ride horses in the woods for the weekend.

Saturday morning, our group saddled up and we were lead into a trail in the woods. You know how there are a few things that everyone seems to know about riding horses? Like if you show them you’re nervous they’ll be nervous too? And that you should make clicky sounds to make them go? And you shouldn’t curse at them? So, I didn’t know those things, as my childhood exposure to horses had been mostly focused on avoiding them.

We entered the woods and Horse quickly started lagging behind the rest of the group. Of course it did. OF COURSE. In the two years that had elapsed since the beer-in-lunchbag incident, I had developed an acute awareness of my nerdiliciousness and figured that if I called to the rest of the group for assistance with my horse, I would forevermore be known as the Girl Who Can’t Ride Horses. It’s these kinds of reputations that ruin your life when you are a tween.

“Why don’t you just go?! I realize you may have nowhere to be, but I’ve gotta make the most of my time with the senior high kids!”

Horse didn’t have much of a response to this, having no conception of the value I placed on chatting with sixteen-year-olds about Coolio. I hopped off of him and decided to lead him along. He would have none of it, and right then annoyance turned to fear. That same fear I had experienced in the movie theater not so long ago.

I am seriously going to be left here with this horse forever. My Christmas is ruined because Horse doesn’t like me. My parents are going to have to haul their butts out to Chickasaw to spearhead a search committee for me, all because of this animal that I cannot control.

What felt like hours elapsed. It was probably like fifteen minutes, but similarly to Baby-Time, Being-Stuck-With-an-Immobile-Horse-in-the-Woods-Time is also equally distorted. I teared up with irrational tears and started planning my new life as a neo-Mowgli in the woods with the animal that clearly hated me as much as I hated it.

I dried my tears quickly when an eleventh-grade guy from my group came up behind me with his horse also in tow.

Lame, I thought, is what all horses are.

But then I realized that the few years he had on me had enabled him to use the word correctly, as in his horse had broken its leg. Since eleventh grade boys were pretty much the gold standard of competence in my eyes, I was massively relieved that he had joined my sorry situation. Perhaps we could together eke out a paltry but sufficient existence in the woods forevermore.

Just when I had started concocting the plan for my new life in the woods with the eleventh grade boy, we turned a corner to the corral. The amount of trees in the woods belied the fact that we had probably only traveled about a mile in a circle. This was good news for me because I dreaded having to fashion clothing out of leaves and bark.

Our group had made it back about twenty minutes before, but they hadn’t stayed behind to wait for us. No. They hadn’t even noticed our absence.

They had stayed behind because upon reentering the corral area, one horse had become spooked and its rider had fallen off. This ignited a chain reaction of all the other horses becoming spooked and their riders falling off too. Hospital runs were made.

I guess I kind of got off easy on that one.

1. Write your post. Remember, it can be ANYTHING about fear. Just try to stick with the whole “back in the day” vibe ;D

3. Add your link below and come back to see all the other great posts your blogging pals have written! Comment on them and tweet and share your favorites using the hashtag #RTTbloghop. The link-up closes at midnight EST on Sunday, so get your link in before then.