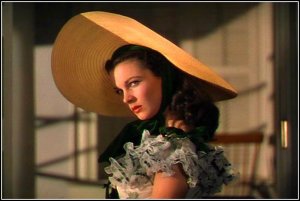 Another emblem of Southern drama

Well, it snowed this week in the South. I guess you’ve heard about that by now. Yesterday we chiseled our car out of the ice and attempted to leave our home like modern-day Lewises and Clarks, and for a second I forgot all I had learned from living in Chicago through five winters. Living in a warmish climate will do that to you: the instant snow falls, you assume the Chicken Little position and convince yourself that the sky itself is coming down with it in the ultimate show of Southern dramaticism. There’s nothing quite like being in Target the day before a storm along with all our clansmen and buying basic provisions such as garlic naan and Twizzlers to sustain us and our broods into the coming months.

That was this week for us. My husband has been home from his job as a college instructor for the past three days and he just got word that classes are cancelled today too because the roads around his rural commuter campus are still as slick as a politician at church. Everything from the schools to the libraries to the local coffee shops are closed, and let me just tell you: we’re all freaking out, y’all. Southern snow is like TPing your Sunday School teacher’s house when you’re twelve in that it’s fun and absolutely terrifying at the same time.

While we perhaps make a bigger deal out of snow than we should, and while I’m just as weary of being stuck inside with a toddler and a husband with no class to teach as any normal human would be, there is something that annoys me much more than the snow that has dictated my every move for the last few days.

I probably dislike Iceholes so much because I used to be one. Growing up in Memphis, we received at best one dusting per winter, and each time, the town collapsed in a collective swoon that could be heard all the way to Atlanta. We could not be troubled with the little issues of school or the opening of the roller skating rink (the latter of which was very important to me as a out-of-school third grader) because of the icy film that Satan himself sent to coat our roads. By the time I moved to Chicago as an adult and saw the things that they would continue doing even when there is three feet of snow on the ground, I started to wonder whether my hometown was being just a tad bit ridiculous. People in Chicago don’t usually put on coats until they are barricaded into their homes by fifteen foot snow drifts, and even then they perch a pitcher on top of the walls of ice once the clouds part and make sun tea. There are no school closures.

When you see how life goes on in the North during the snow, it’s easy to become an Icehole and start making fun of the poor hapless Southerners who don’t know that you can scare the snow back into its dingy hovel simply by purchasing a $2.50 thing of Morton’s table salt. Watching everyone south of the Mason-Dixon line try feebly to cope with snow and then making fun of their inadequacy is like mocking a baby for lacking the skills to prepare your taxes.

Being in North Carolina for the past few winters has teased the Icehole out of me and made me realize that it’s maybe a cheap shot to make fun of others’ unpreparedness for this kind of weather. Do you know why we melt into pools of our own ineptitude when the snow hits the pavement? It’s because it was 60 degrees two weeks ago. On Monday, I took my daughter to the park and we had to remove our coats because we got hot. My town will invest in a snowplow when you get so tired of us screaming about sleet that you donate the funds in a fit of meteorological benevolence.

Until then, let’s all lay down our arms and come together as true Americans. Let’s join hands and admit that although snow may be the Achilles’ heel of the South, not a one of us – Northern, Southern, Midwestern, or anywhere else in between – could survive without Netflix and Starbucks.