Come Fly With Me. Here’s Your Barf Bag.

Over the weekend, I had the pleasure of going to BlogHer14 in San Jose, California. It was a great experience not only because I got to collect my very first ever blogging award* but also because I learned how to do many new things such as take a selfie and work the word “niche” into 2/3rds of my sentences.

I took an airplane to California, which should really tell you something about how much I was willing to endure to get to BlogHer and fill my Twitter feed with pictures of myself eating (drinking?) slushies. Air travel has somehow managed to become even more miserable than I remembered it being, and today because no one has ever talked about the countless inconveniences one must endure to get from here to there on an airplane, I thought I would share with you some of my observations about the state of air travel. Maybe this can become my niche.

I am just really perplexed why the no-smoking-is-allowed-on-this-flight spiel is still given prior to takeoff. Didn’t the FAA ban smoking on flights like 20 minutes after the Wright brothers invented the airplane? Apparently we are all Don Draper and have to be reminded not to be renegades. The flight attendants might as well remind us that dog fighting is big no-no en route and that you’ll have to wait to deplane in Dallas to launder all that mafia money you’re carrying around.

So now there’s this little mind game that the airlines like to play where they make you board the airplane in sections, and I would assume that the sections are assigned on a sliding pay scale where the least patient among us pay to get on the plane first. Think about that: some people will actually pay money that could otherwise be diverted over to their personal Bacon Fund* to board a vessel that they are already guaranteed a seat on. Guess you have to start somewhere if you want to climb to the arbitrary money-burning heights of a Kardashian.

*This is the epiphic moment when you realize you don’t have a Bacon Fund and I knowingly nod to you with a look of “it’s time to invest.”

Good news! Many aircraft now come equipped with personal video monitors where you can watch movies and television shows of your choosing or track your flight’s progress. And in keeping with the core values of the airline industry to suck the joy out of everything that could possibly be pleasurable, your own personal monitor likely will not work. Enjoy watching High School Music 9 on mute on your neighbor’s monitor. 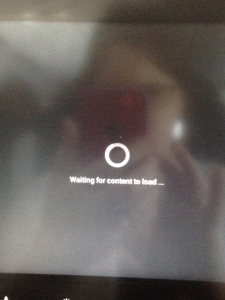 This show is almost as good as Two and a Half Men.

My final point is a function of the smaller seat capacities that you have no doubt heard about at length from pretty much every standup comic in existence. On my latest trip, I noticed that garbage collection is now the primary job of the flight attendants. They would come along on the minute, every minute to gather stray cups, cans, wrappers, napkins, and whatever other debris the cheapskate in you refused to check, as said checking would require you taking out a second mortgage on your home. I deduced that the frequent garbage rounds are entirely necessary since the space allotted to you on your flight would make even the most disciplined Tibetan monk lose his cool. The seats are now so small that the very presence of a beverage napkin makes it impossible for a passenger to properly aspirate.

So that’s all I have for now.

Shout-out to all the wonderful folks I met at BlogHer14! Dawn, Kylie, Katia, Amy, Aussa, Meredith, and Michelle, it was a tremendous pleasure to meet all of you, and even if I have to get on an airplane to see you again, I will gladly do it.