The Things You Miss

Sometimes I fear that this space is becoming a shrine to the places where I am not. When I’m not decrying Fayetteville, I’m planning for the Bebe and all that she’ll bring to my future. There’s nobility to that. Expectation, longing, and love. How could you resist meditating on a blessing, albeit mysterious and possibly volatile? (Note: it’s the year of the dragon. I’m going to have a dragon baby.)

When my focus isn’t on the future, it’s on the past. Again, not a bad thing. I’ve lived in wonderful – dare I say *magical* – places, and quite honestly they make for good posts. I haven’t told you very much about my life in Chicago, but it was a very fulfilling time just by virtue of the fact that it was a bona fide Big City and I was a truly naive girl when I lived there. That combination always yields painful, awkward fun.

So I said that I fear the in-between place. The waiting. (Hey, that’s the name of the blog!) I guess “fear” is a heavy word to apply here. I’m really just simply making an observation I haven’t made before and it doesn’t entirely flatter the person who I see myself as. I want to be moving forward. Literally moving, with locomotion. I suppose my pregnancy requires me to be relatively still just for a time.

But sometimes the past is just so chock-full of wonderful things that I can’t help but relish them and pretend they’re still on my daily agenda. Which brings us to the topic of today:

There is a street in Bundang that we often felt existed simply for our happiness. In our town (Jukjeon) alongside the canals and streams that inevitably flood every summer when the rains come, there is situated a cosmopolitan pedestrian street lined with cafes and boutiques offering up refreshments to the predominantly youngish patrons of the town and surrounding areas. The businesses came and went pretty frequently since apparently the operation of a small business has not been completely nailed down in Korea as of yet, but the majority of the good cafes thrived throughout the two years that we spent in Jukjeon.

The first restaurant on Euro Row/ Cafe Street – whatever you want to call it – that we discovered was aptly titled I’m Home.  Yes, we were. They had sandwiches. And they were good. Like, really good, despite the fact that none ever exhibited a great quantity of cheese, the one element I previously thought would have to be present in generous quantities to make any sandwich decent. My hypothesis on the absence of cheese on an I’m Home sandwich is that it would drag the cost up too high. Twenty-something Koreans on dates and foreigners in search of a meal from the Homeland would pay top dollar for a lot of things, but you have to draw the line somewhere. 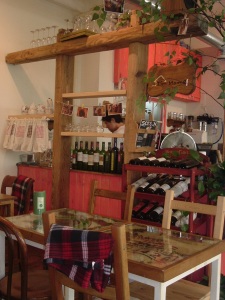 During our first months in Korea, we ate more of these sandwiches than you could count, partially because our kitchen at home was unequipped to prepare any sort of meal worth eating. We were limited to a dorm-sized fridge, very little counter space, and two stove burners. We’d get off work at the end of the day and just walk across the street to I’m Home and get sandwiches.

At the beginning, we often felt like we were doing the staff a favor by ordering them so often, not only because we were giving them business but also because we were providing them practice in assembling the decidedly non-Korean fare. The first time we ever went there, it took them no less than 35 minutes to get the sandwiches out to us, but by the end of our time in Korea, they had brought it down to 10 minutes. Little did we know that their sluggishness had nothing to do with supposed ineptness. This street was erected to the pastime of staring into your beloved’s eyes and buying her mass quantities of food that she very well may not eat but expects nonetheless as a sign of your devotion. The waffles, the cakes, the coffees, and the sandwiches were props in a romance. We were the ones who needed to slow down.

Many teachers say that it’s their constant interaction with children that makes them less likely to want to have their own. It’s the perfect birth control. But being in Korea with B only intensified my desire to have our own kids. B doesn’t remember it, but it was in I’m Home one Sunday afternoon that on a supreme kid-high he told me that we should start trying that day. Our students were perfect in their own little ways, and at the end of the day when we went in search of food on Cafe Street, smaller ones were always everywhere. They would be doing the things you imagine small kids  do in a staged version of childhood: chasing insects, hopping around on hobby horses (I have no idea where they got them), squealing, eating candy. Despite seeming so fabricated, you couldn’t help but believe in its authenticity because the actors were too small to feign glee.

In Korea, there’s a lot of carryover between cutesie romantic date paraphernalia and the things that appeal to a four-year-old. Waffles. Ice cream. Rabbits. Photo shoots. In the hours that we spent at those establishments, we conflated the surreal, orchestrated surroundings with our need for a baby. However artificial and other that experience seems now, I still trust the impression of childhood it left me with.

Stroller parking and a rabbit outside the now-defunct Mr. Panny

You go for the food because you have no other choice. You order a coffee at the end of your meal because you’re in Caffeinated Korea.

And you’ll pay what they ask you.

Cafe Street was date central and the quality of the coffee we had there set the bar for what we now know as coffee nirvana. I wonder if there was a correlation. In a sea of hack purveyors such as Holly’s, Tomo Tome, and Dunkin, you occasionally come across these little cafes that are doing things absolutely, perfectly right.

It was located on a side street adjacent to the building where we worked. Cafe Moi was owned and operated by Joanne and Ryan, a sweet Korean couple who for some reason came to love us and treat us as their own. They struggled with their English and asked if we would tutor them. Since getting paid to tutor them wasn’t worth risking our visas over, we agreed to meet with them several times a week and just converse socially in English over coffee. They showed us their love through their coffee and by including us in their lives.

Ryan taught classes on the correct way to perform the hand-drip coffee method. Like, series of classes. This stuff is serious, as it should be. It’s not about dumping some water over the beans. Get what those beans can yield by just doing it correctly. We rarely ever brew coffee in a pot anymore. Instead, B and I primarily use our hand drip. It makes all the difference.

From what we could collect, Ryan (and occasionally Joanne) flew to various coffee locales around the world shopping for the best beans and then roasting them in their gorgeously airy cafe. Their employees fussed with the machine as much as they fussed over us when we dropped in for a panini and an iced coffee during the summers. We insisted on paying. They insisted against it harder. 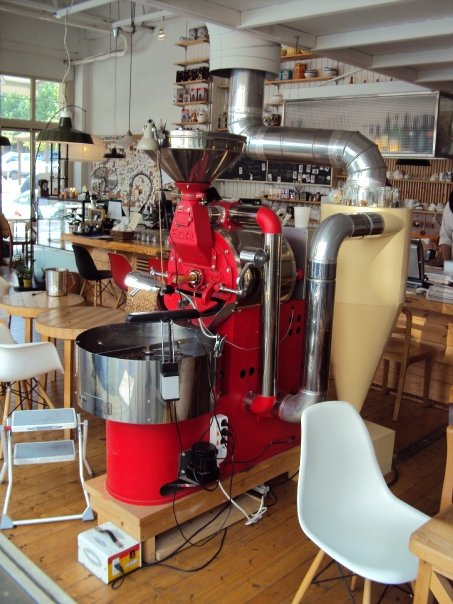 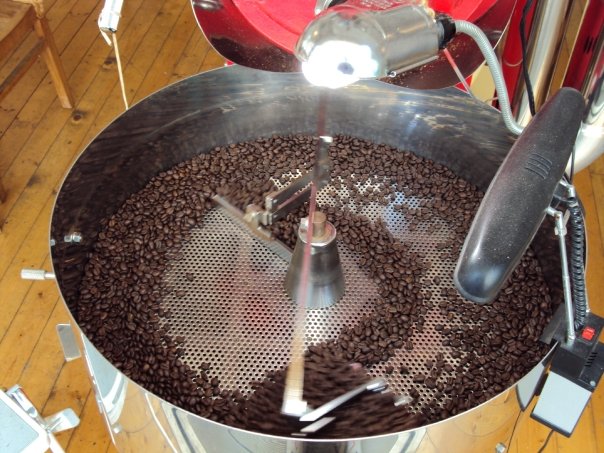 Cafe Moi played the coffee game right. They offered fantastic pastries (and, of course, waffles) but it was their coffee and the chance to hang out with their little boy, Eugene, that we kept coming back for.

There are so many other nooks on Cafe Street that I pine after.

My memories of the places are hazy, like Korea. I was tired either because of lack of rest during the week or too much on the weekends, so it was in this state that I floated down the streets, drank coffee, and stared blissfully back at my own beloved.