If any of my former students read this post, they will be mortified.

For the past couple nights, B and I have been editing all the photos on our computer after Miss C is down for the night, so as to make room for the colossal influx of pictures that has occurred since she was born. This has forced us to go through all the film we took while we were in Korea. Life these days is a little different than it was back then:

Taken around 4AM after the consumption of several adult beverages

Obviously the above picture made the cut. Obviously. But we did far more in Korea than go to pubs at 3AM and pose for pics with rubber chickens. Most of the time we were hanging with the kiddos: 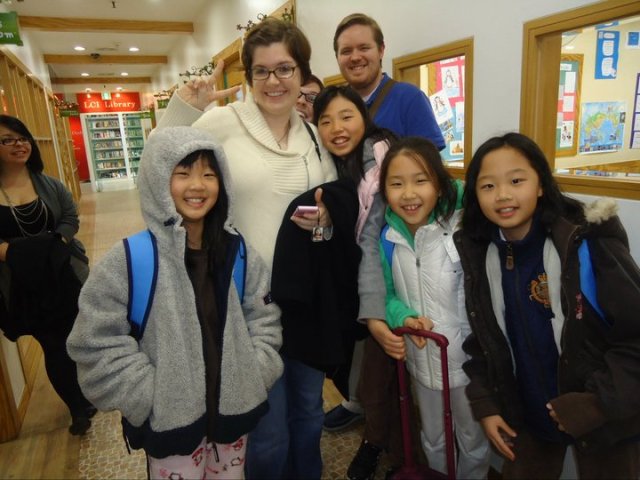 The day before we finally left Korea after two years. I had only just gotten over the jetlag.

Luckily, we also have a big box of notes and art that kids gave us that helps us remember those old days.

And today is sharing day!

Kids were always drawing pictures of me. 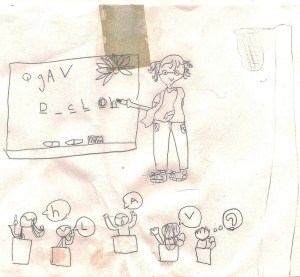 We weren’t allowed to play Hangman because according to the parents, it was too brutal and violent, so instead we played Petal Drop. I’d like to know what word I’m spelling on the board. I’d also like to know why I’m apparently teaching a class of jack-in-the-boxes. The child in the right corner is perplexed as well.

Just to clarify, I haven’t worn a vest since I was in sixth grade, thank God. That is a scarf (or sling?) I am wearing in the picture.

Of all the things my student Leewon (age six) could have put in my conversation bubble, she chose “Look at me, please.” Wow, way to make me look dictatorial. Perhaps if they don’t give me 100% of their attention, I will slap them with my wooden baton. Those four kids who aren’t looking at me have it coming. Hell hath no fury.

We often got letters from the kids. B got this one on Teacher’s Day:

B wants me to mention that he thinks that the idea behind that last line is that since teaching is a service rather than a item, it is technically “nothing.” Right. Michelle is just a young Korean Chelsea Handler.

I got this card from Joe on White Day (basically Valentine’s Day but specifically for women):

Judging by Joe’s own handwriting (he was seven), I take that compliment extremely seriously.

The older kids didn’t make stuff for us as often. They were too busy playing Starcraft in their spare time. Therefore, when Scarlett – a nine year old who had been learning English since she was four – showed me this booklet she had made just for fun, I had to trade her a book of stickers in order to get her to give it to me permanently. Have you ever wanted a handy instruction book on how to put on silly makeup? Here you go. You can thank me later.

This must be concealer for Smurfs. *Wink.* 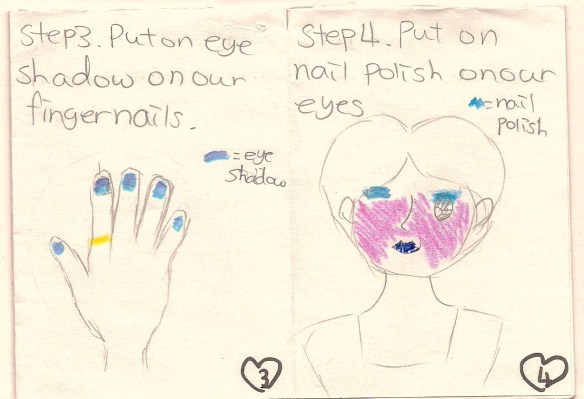 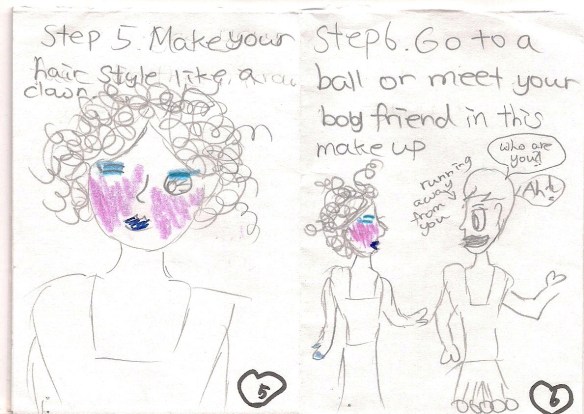 I’ve never been to a real ball. My life is not complete. 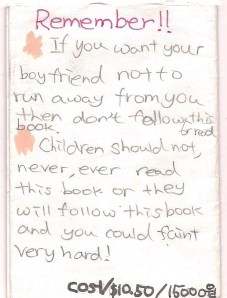 Fainting very hard should be avoided by all means necessary.

And this, my friends, is why we teach.

It seems that since I changed my web address, everyone is still subscribed but updates of new posts may not appear in your WordPress feed. Pooh. Well, it is a free service so I guess you get what you pay for. The best way I’ve found of fixing this is to unsubscribe and then resubscribe. Updates should then appear in your feed. Thanks for bearing with me through this small change!