Tales of the World: Get Obsessed

Gather ’round, kiddos. It’s time for another installment of Tales of the World for Wee Cee!

When I was in elementary school, once a month the teacher would hand out a Scholastic Book Club order pamphlet. Printed on fragile bible paper in full color, these handouts detailed books, books, and more books that could be yours if your mom deigned to order them for you. Which my mom did. By the dozen. She was (and still is) awesome like that. My own take-home lesson from this post is to just get my kid the books she wants. Reading never hurts. 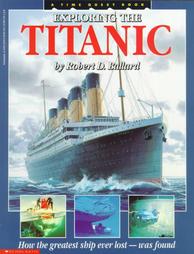 The pictures and photos in the book were eerie and frightening. Such grandeur and life were lost all because of an iceberg and foolhardiness. There was one picture of a porcelain doll head that was just laying on the ocean floor among all kinds of other debris. Its clothe body and hair had been eaten away years and years ago. It was creepy and bizarre. 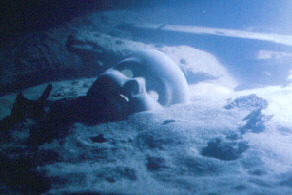 We  didn’t have The Ring when I was a kid. We had this. Source

Thus I became obsessed with the RMS Titanic at eight years old. I couldn’t resist the draw of this modern-day catastrophe of biblical proportions. I drew pictures in art class of the ship going down. I read A Night to Remember and was genuinely surprised when my classmates weren’t reading it too. I knew the history of the ship and could give you a hourly account of its descent into the abyss. I knew the number of rivets holding her hull together. I was fixated.

The thing that strikes me now is how morbid my fascination with the Titanic was. The movie was still years away from coming out, so it was not through the guise of a romantic narrative that my interest was sparked. That would have made sense for an eight-year-old girl. Instead, it was through the images of a slowly disintegrating passenger ship at the bottom of the Atlantic Ocean that I became obsessed with human frailty and the remnants left behind when disaster strikes. I allowed myself to be engrossed in the events that brought her demise, and in a way that (perhaps) made it less likely that I’d ever have to go through such a catastrophe myself. Studying an event from the comforts of my own home disarmed it a little and made it an abstraction rather than a reality.

Becoming fixated on a person, an idea, or an event as a kid is a function of being young and having a safe, comfortable life. You can make time for a childhood obsession when you have moments to spare and brain matter open to devote to such superfluous things. The big, huge daunting world becomes a bit smaller and easier to digest when you can look at it through the lens of one small aspect of it. You can delve deep into the depths without leaving your parents’ side.

B and I often wonder what Miss C will latch onto when she gets older, what she will become intrigued with. Whatever it turns out to be, we will feed it. Childhood curiosity is delicious and we will cater to her whims, whatever they end up being.

Tales of the World: Bad Dates

Tales of the World: Just Saying No