Sorry, that was Miss C. She’s a tad annoyed with me this morning because I am more interested in getting on Le Clown’s blogroll than, y’know, washing her diapers. Looks like she’ll be wearing her Up&Up Target brand diapers for a couple more hours, much to the chagrin of Greenpeace. Mama’s got priorities, and making soup in the washing machine is not on the top right now.

That was really gross. Sorry.

Anyhow, Le Clown’s blogroll. I am competing to get on it because being Freshly Pressed twice just isn’t enough. Having a healthy, adorable child isn’t enough. Being married to my best friend isn’t enough. No, apparently I also need the approval of this cheeky Canadian clown: 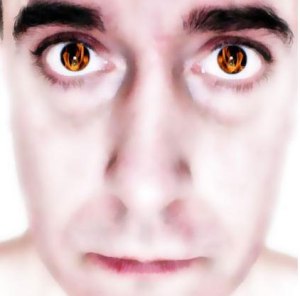 Again, priorities. As of this morning, I am in second place in the race for one of five open spots on the blogroll for the more mild-mannered alter ego of Le Clown, L’eric. I’m just as surprised as you are.

If you are so inclined to do these sorts of things, please mosey over to the nomination post on A Clown on Fire, find my comment where I nominated myself (I am my own best cheerleader, ha.) and “like” it. Vote for some other cool blogs too. It’s fun!