Oooooh That Smell: Living with a Stinky Kid

It will happen. You will think your baby is immune to it and that it’s an affliction that only claims children who log 30+ hours each week in the Pit of Filth otherwise known as McDonald’s Playplace, but you will be sorely wrong. You’ll wake up one morn lacking the ninja skills to effectively rid your child of their ubiquitous eye crusties. It’s happened.

You’ve got a grubby kid.

Not even an iota of remorse

Grubbiness is more than just a blowout diaper or an entire cup of grape juice dumped down the front of your child’s white sundress. While massively catastrophic at the time, those can be cleaned with a dunk in the tub. Grubbiness, however, is more persistent and insidious. It comes in droves. It’s playground grit under their nails, oatmeal woven through their hair, a random rash likely caused by the duck poop they carried around the park for ten minutes before you noticed.

Wee Cee has been nursing a case of the nasts for nearly two solid weeks now, and I don’t see it abating until she’s off to the prom. I am incapable of staying two steps ahead of the film of babyhood that is constantly building up all over her. I will find a smudge of yogurt behind her ear and then recall that the last time she ate yogurt was two days prior. How could this happen? Is she stockpiling the stuff in the cavity of her Sleep Sheep and breaking it out when we think she’s napping? 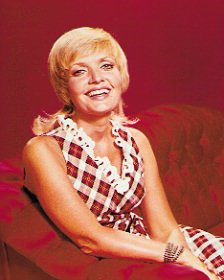 I think it all started when she actually grew some hair. Up until recently, C has been sporting the natural pixie look. I birthed what was effectively a cueball and her hair was slow to come in. Then, the back overtook the front and now she’s got a Carol Brady flap-back thing happening. I lie. It’s a mullet. My child has hockey hair. Hockey hair that is constantly in that precarious cradle cap zone (“cradle cap” sounds so much cuter than “dandruff”, which is what it really is) and smells like wet dog even after it’s been shampooed.

You know how it’s kind of cute when your baby is teething for the first time? How those front teeth come in and you can just give them some frozen toy that assuages their pain? Yeah, it’s been my experience that teething molars is a completely different, disgusting ball game. The pain that is brought on when her molars come in induces so much drool that she looks like an inbred hound dog lacking a barrier lip to fight the influx of saliva. And that colorful teething ring? LOLOLOLOL. She gnaws on her hands and my keys and rocks and and and.

The good thing about molars, though, is that she can now eat more. I say “good” because I’m ironic. C is all about helping herself to whatever we’re having and smearing it over her hands, face, elbows, and highchair, but when it comes time to clean up after her meal, she makes like Regan McNeil and thwarts all our attempts to clean her off. It burns. IT BURNS!

Often, an odor that’s not that bad but certainly not right will emanate from her pores. I’ll smell something off and realize that it is my girl who I got done scrubbing vigorously not twenty minutes before. All the soap in the world will not be able to cleanse her of her musk of burnt cumin. The most fun she’ll have all morning is when she toots or burps loudly and then grins as if the secrets to the universe made themselves known to her through the bubbles of her gas. She’s basically a yogi of stank.

And playground sand packed into the tiny lines of her palms.

And onesies dotted with a potpourri of orange and purple stains.

Grunge was a style of music popularized by bands like Pearl Jam, Nirvana, and Soundgarden when I was a preteen. Now it’s one of the recurring themes of my life. But that C? She doesn’t smell like teen spirit.

← Raw Meat In My Purse: A Primer to Images That Populate My Dreams
I wrote some Stuph. →