So, it’s been awhile since I posted and I’m afraid that my brain may atrophy if I don’t put up something – anything – soon, so here we have a list of some of the Google search terms that brought people to this blog.

Bringing you the really important life information on the blog today.

scared still have not had period billie joe armstrong help 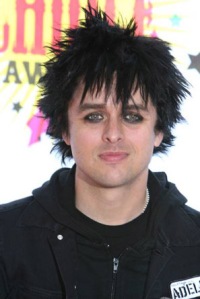 Where my baby daddy? Source

Bet you’re kind of wishing you hadn’t debased yourself backstage in Des Moines now, aren’t you? I have a feeling Billie Joe isn’t going to pony up and give you that paternity test on Maury. Not all is lost, though. He may give you some eyeliner and tips on how to rip Robert Smith’s look off.

While the British are smart, not sure if even they have come up a nappy you can plug your iPhone in to charge up. I hope you’re impressed that I know that “nappy” is British for “diaper.” I take this mommy blogging seriously.

what is the hardest part of a human to eat

Not really what I was thinking of when I called the blog notthehardestpart, but thanks for asking. Cartilage? Maybe?

I am flattered that Google sent you here when you asked this question. I’m sure the tens of people who read my blog are also waiting for the day when I go viral, but since I’m writing a search engine terms post right now, I don’t think it’ll be happening any time soon.

Don’t you mean emilee awesten blahg weighteeng? I am very modern and enjoy taking advantage of all available alternate spellings. Excuse me while I go make some coughie for myself and my husband Bihn.

can a baby have raisins

Funny you should ask. Yes, babies can have raisins in every sense of the word. Feed them to your child one morning and then the next afternoon, he or she will give birth to tiny little raisin babies. It’s magical.

You can find a lot of strange things on Tumblr. Pictures of hotdogs garnished with toothpaste and eight-bit illustrations of Chaucer are par for the course. However, you are going to be hard pressed to find sexy pictures of Patricia Heaton on there. I’m so in touch with the youth for knowing this.

I love that someone decided that instead of asking friends and relatives for a plan of action in dealing with the delinquent boyfriend, they decided to Google it. Obviously there is a standard protocol one must follow when filling a claim with one’s auto insurance company. Boyfriend douchbaggery is the leading cause of fender benders in the US and Canada.

Cee woke up with a drippy nose on Christmas morning, so my best guess is that Santa crept into her room on Christmas Eve and shot a snot rocket her way. So grateful I have been able to reference both poop and snot in this blog post.

Now here we have a search term that I can address. You have come to the right place, my friend. I may have to marry you if you hate Sid the Science Kid too.

← Have a Nostalgic, Sepia-Tinted Christmas
The Waiting, It Turns Out, Is Indeed the Hardest Part →