The Soundtrack of Our Lives

Thirty-two weeks. Eight weeks (give or take) to go. It seems like only last week we went to Walgreens to purchase the EPT That Changed Everything so I’m really beginning to comprehend how relative time is to this whole baby-making undertaking. Bebe’s going to be here very soon, and after that, everything will change. As if everything hasn’t changed already. In baby time, she may as well come this afternoon. We’d be ready. Kind of. 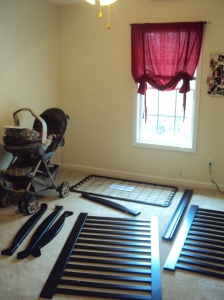 Maybe "the nursery is coming together" is a bit too generous a statement.

The third trimester has been full of all those hallmarks that come to mind when you think of  the Institution of Pregnancy. I’ve got the look: I’m a whale, having gained thirty pounds since the beginning.* The nursery is coming together. Enrollment in a childbirth class is in the works, and I’m beginning to iron out the details of my birth plan. B is giddy and talks to my belly several times a day.

*The doc said I’m right on track with my weight gain. I don’t believe this is possible, but what-evs.

So I’d say that Bebe and I are doing a pretty good job of fulfilling all the mandatory requirements of being a Mother With Child. We’re slogging through and playing the parts I suppose we should be playing. Face it, that’s what you do when you’re pregnant for the first time: you take cues from others and the media about what you should be doing because you have no clue yourself. At least I don’t. But I’m used to being pregnant now and here’s the thing that I love the most:

I think back a few months ago and I shake my head at how I could get myself in a tizzy over the minutiae of what I assumed parenthood would entail. Luckily for me, I have a blog where all my naivete has been chronicled. Today I was reading topiclessbar’s post Odd Thoughts on Having a Kid and I was reminded of a post I wrote way back called Baby Mix where I freaked out over Kiddie Culture and my soon-to-be induction into the world of The Wiggles. With all due respect to my October self, I now have to tell her to calm the frick down. No one is going to force this stuff on you and your Bebe. Pregnant Me pantomimes parenthood and assumes that what I see other people doing is what I’ll be doing too once Bebe arrives, but there’s not a lot of truth to that.

No one ever said I HAVE TO listen to The Wiggles. And here’s the thing: no one ever said that I’m not “cool” anymore if I do. Our family will work itself out and we’ll develop our own little culture. A good mixtape always includes a bunch of weirdness that somehow meshes with itself, so B and I can play our stuff right alongside The Wiggles if we so choose. Our family is changing and so is its soundtrack. 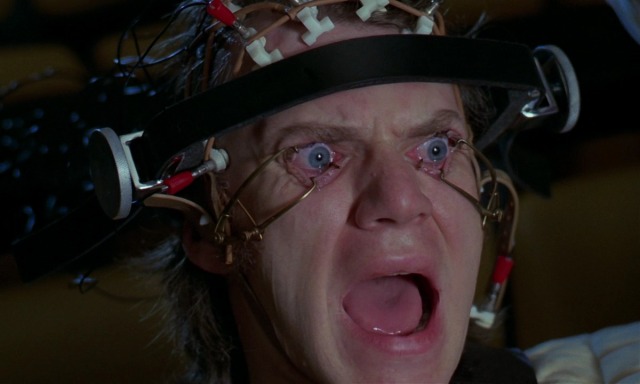 Granted, Little Alex shouldn't watch The Wiggles. But I've gotten over it.

In the meantime, though, I am still going to think about all the music I want to fill our home with. It’s a lot more fun to do this than it is to interview pediatricians, yet another amusing duty of the third trimester.

Just because. I may be in the minority on this one, but I think very little explanation is needed on why children – nay, EVERYONE – should be exposed to Arcade Fire.

The Go-Gos – Our Lips Are Sealed

This song has always made me think of Bebe. I mean, way, waaaaay before I became pregnant with her or even met B, I would hear this song and think of the girl who I might have someday.

A playlist should have something for everyone. This one is for B whose fascination with Morrissey knows no bounds and would possibly concern me if I weren’t completely convinced of B’s well-established manliness.

We have made a decision, B and I have. It’s weighty and contentious and not for everyone. Given the choice between the Rolling Stones and the Beatles, we’d have to take the Stones. Don’t be a hater.

The Smashing Pumpkins get me emotional like no other band does, and this song is just so sweet I can’t handle it! The theme variations from Melon Collie and the Infinite Sadness are also extremely soothing and lovely and will be a mainstay in the nursery; we’ll wait a few years to expose her to the shredding. One day I will tell the lengthy tale of my affair with The Smashing Pumpkins.

What would you include on your family’s playlist?

← I Defer to a Wise Bear
Why Horses Scare Me →