Remember the Time….we hopped on that bandwagon?

Have you ever thought about the word “bandwagon”? It is kind of a weird way to describe trends that everyone wants in on. What band travels by wagon? The Monkees used a bed as a means of transport during the opening credits of their show, but I’m pretty sure that if they actually needed to get somewhere important, they probably used a bus or at least a car. Paul McCartney and Michael Jackson rode around in a wagon for their “Say Say Say” video, but even their massive popularity could not spur the nation to hop onto a wagon bandwagon. That’s saying something considering that Michael Jackson made crotch grabbing a culturally-accepted method of expression in the ’80’s. Much to the disappointment of Oregon Trail enthusiasts the world over, he just couldn’t get covered wagons to catch on. 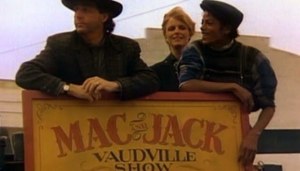 There are, however, many many MANY bandwagons that did catch on, so this week for Remember the Time,  I’m challenging you to tell about the ones you got swept up in. This is the week to dig up your Furby from under the bed and post the pictures of you buying Aqua Net in bulk.

Write your posts and then check back here on Thursday to link up! See you then!

Have a great idea for a Remember the Time theme? Let us know in the comments. ;D