Beer + Nerdy Girl = Me at Twelve

It’s time to remember the, erm, time! This week’s RTT theme is a juicy one: tell us about your adventures with the hooch. Hair of the dog. Canned heat. A brewski. Adult beverages. (Thanks, Urban Dictionary, for helping me remember all these fantastic slang terms for alcohol.) For my own offering, I am bringing out one of my all-time favorite stories. I blogged about it a couple years ago, but this story has become lore in my family so I’m unpacking it again.

Everyone has a go-to story. It’s usually from when they were in school and involves illicit substances, the police, or awkward dealings with the opposite sex. All of these are the makings of good barroom tales. Here’s mine.

It’s the one about how my mom packed a beer in my school lunch when I was in the seventh grade.

I was in the prime of my young life. Seventh grade was going to be The Year. Newly elected Student Council treasurer*, I finally had the power to affect change in the school, even if my jurisdiction only extended to rolling coins collected during Student Council bake sales. Even if the school didn’t host a hotbed of discontent among its students. Berkeley in the 60s, it was not.

*My opponent’s surname was Coin, yet I was still elected. This was highly meaningful for me at the time. The people had spoken, and a Pate – despite her non-monetary name – was the one they wanted handling their hard-earned $25.

In addition to this accolade, I was also chosen to serve on the highly-selective Sign Crew, whose job it was to change the marquis sign in front of our middle school once every two weeks. The announcement of Parent-Teacher conferences? All me.

It’s easy to just say no when no one is asking your lame butt to smoke in the first place.

But at the top of all my accomplishments at age eleven was making the cut and being invited to join the school’s Pride Team. It was basically a glee club with a heavy Just Say No message. It’s an anomaly of the modern age that getting to be on my school’s Pride Team was such a huge deal in our little middle school community. It could’ve possibly been because our school was kindergarten through eighth grade; by the time you could try out for it at the end of sixth grade, you had been to countless assemblies from the age of five where the big kids dressed up as PCP and angel dust and did a sad pantomime to “Total Eclipse of the Heart.” Never before had not doing drugs looked so glamorous.

Plus you got to go to Indianapolis for the National Pride Conference in the spring. And miss school. That may’ve had something to do with it. Maybe.

So my mission for my seventh grade year was clear: count the money and change the sign and be drug- and alcohol-free while doing so. Piece of cake.

Until one day when I went to the cafeteria to eat lunch. My mom packed my lunch, and that was FINE BY ME. I would occasionally partake of a rectangle of pizza on Friday or supplement my sack lunch with a purchased bag of Exploded Maze, but in general I was a big opponent of school lunch for what I think are obvious reasons. I attended a public school in the early-90s and if you think the slaw they schlepp out to the kiddies now is bad, just remember how foul it used to be. There was no Jamie Oliver or Rachael Ray making the rounds back then.

Canned peaches in a broth of high-fructose corn syrup nestled aside what appeared to have been broccoli several weeks ago.

Corn dogs that, once bitten into, turn out to be a thin strand of neon-pink flesh encased in stale cornbread and rammed with a stick. Sticks make everything fun.

And maybe some pudding. That was OK. But a “meal” in the general sense of the word it does not make. 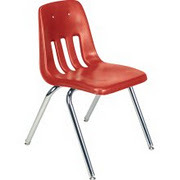 All these items were laid out on a compartmentalized tray that appeared to have been fabricated with the same neon orange plastic as the chairs in our classrooms. And again, remember that these are pre-Rachael Ray days when orange wasn’t a color that you typically associated with delicious/nutricious food. Radioactive edible substances, maybe.

Yeah, I was more than fine with my mom packing me a lunch. She packed me the standard fare: a turkey sandwich, a piece of fruit like an apple or an orange, some raw veggies, and a can of diet cola wrapped in a napkin and a piece of aluminum foil.

One day, I went to the lunch room with my brown bag and sat down among my old pals. You see, my success in my extracurricular activities hadn’t changed me and I kept my not-as-successful-confidantes close. We were sealed in the Circle of Nerddom that you’ll never relinquish.

I took out my soda and tore off the top of the foil to expose the pop-top, which I opened and took a swig of. But it was not caffeine-free Diet Coke. Oh no. It had a hoppy flavor that I associated with my dad after he finished mowing the lawn on Saturday afternoon. I peeled back more of the foil just to learn that…

MY MOM HAD PACKED A BEER IN MY LUNCH.

With success comes responsibility. I couldn’t trust my old friends to help me handle this problem. I had suspected that they were extremely jealous when I got to put on my Pride Team uniform of blue t-shirt and white jeans and dance to “Rhythm Nation” for the school. This would be just the type of scandal they’d use to dethrone me and my Student Council throne. I was on my own.

I quickly ruled out discarding the full, opened beer can in the cafeteria’s trash compactor. Logically, the can would be found and dusted for prints and I would be lead away in cuffs within the hour. Justice was swift in the straight-laced borough of Germantown, Tennessee. So I had to get it off the premises of the school entirely in a seamless operation.

But at our school, using the phone in the front office was a tricky undertaking. Despite the fact that I held quite a bit of clout in all civic matters, I couldn’t just waltz up and demand to use the phone as part of my Sign Crew duties. I had to fabricate a reason to use it.

Luckily, I had one. The Spring Fling, held annually by the Student Council, was coming up that weekend. As a Major Planner of this event, I was enlisted in the decorating activities which were to take place the following day. I decided to tell the Front Desk Lady that I needed to use the phone because – WHOOPSIE – I had told my mom to pick me up late thatday, instead of the following. Devious lies. Devious lies.

So I get my mom on the phone.

“I have a major problem RIGHT NOW that I cannot explain but you need to come here RIGHT AWAY and help me. Don’t tell ANYONE where you’re going. I’ll be in the front hallway. Come now.“

“Is everything alright, Emily?”

Lunch would have to take a backseat to the beer cover-up that day. I sat in the front hallway eagerly anticipating my mother’s arrival and her delivery of the sinful object out of my school. She arrived minutes later in a tizzy, probably concerned that I had gotten my first period on the one day when I wore my horrid white denim jeans to school.

I pushed the beer, concealed in the brown lunchbag, into her hands.

And just as quickly as the beer can came into my life, it was out again. And I could breathe and know that my dynasty as a middle school nerd would continue far, far into the future, or at least until the end of eighth grade.

1. Write your post. Remember, it can be ANYTHING about alcohol. Interpret the prompt as you will; we love seeing how they can be explored. Just stick with the whole “back in the day” vibe ;D

3. Add your link below and come back to see all the other great posts your blogging pals have written! Comment on them and tweet and share your favorites using the hashtag #RTTbloghop. The link-up closes at 11:55PM EST next Wednesday, so get your link in before then.

← Emily Reminds Us to Build Castles
Meanwhile, Back On the Twitter… →